The
Science Earth
Home » Everyday , Health , News » This Food Causes the Deadliest Disease – You Should Stop Eating it Immediately!

This Food Causes the Deadliest Disease – You Should Stop Eating it Immediately!

You know the old saying ‘an apple a day keeps the doctor away’, but it is not certain if you know that a hot dog a day has the opposite effect.


The hot dog is one of the best known American treats with more than seven billion consumers. However, it is also the top one cancer causing food and a real danger for your health. 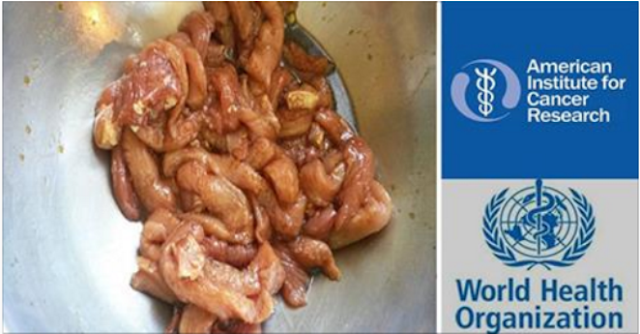 The idea of the hot dog was brought in America by the German immigrants in the nineteenth century and very soon became really popular, to the extent that it even has an iconic status today.
A report from a research division of World Health Organization (WHO) has revealed that processed meats, including red meat, cause cancer.
If you take into consideration the ingredients the hot dog is made of, as well as its production process, you won’t be surprised to discover that this worldwide loved food is hiding extreme dangers.
Namely, hot dogs are a mixture of pork, beef, and chicken. They are made from the leftovers from cutting steaks or pork chops, as well as from ‘edible’ slaughter by-products in the factories, like animal feet and heads, skins, and fatty tissue.
These leftovers are then being ground and combined together into a thick paste. Next, numerous additives are added so that the flavor of the mixture is improved, such as excessive amounts of salt, monosodium glutamate (MSG), corn syrup, nitrates, and other chemicals.
Hot dogs also contain great amounts of fat and salt and are chock-full of preservatives such as sodium nitrate and nitrite, which are also associated with cancer.
The Physicians Committee for Responsible Medicine claims that the hazards of hot dogs are as risky as smoking.
Some of the most problematic additives utilized in hot dogs include nitrates and nitrites. Nitrites are present even in organic hot dogs, sometimes even in higher amounts than in the conventional hot dogs. These two additives bind with the amines that the processed meat contains in the presence of high heat and results in nitrosamines. Nitrosamines have often been associated with cancer, especially pancreas, stomach, bladder, and colon cancer.
According to the American Institute for Cancer Research, one hot dog daily increases the risk of colorectal cancer by 21 percent.
Do these data seem startling enough for you to reconsider post-club street-meat snacking or ball park wieners? If not, do not wonder if you get a diagnosis from your physician, but it will be too late.
(Source)
SHARE SHARE SHARE