Women in menopause have to deal with hot flashes, night sweats and even with anxiety which can be really exhausting. In order to reduce these symptoms, they try to find more natural supplements which is a safer way. If you are in this kind of situation, don’t worry because the nature provided us with the best natural solution called black cohosh. It is an extremely beneficial herb and it reduces the menopausal symptoms with great efficiency. It has the ability to relieve night sweats, anxiety, hot flashes and vaginal dryness. 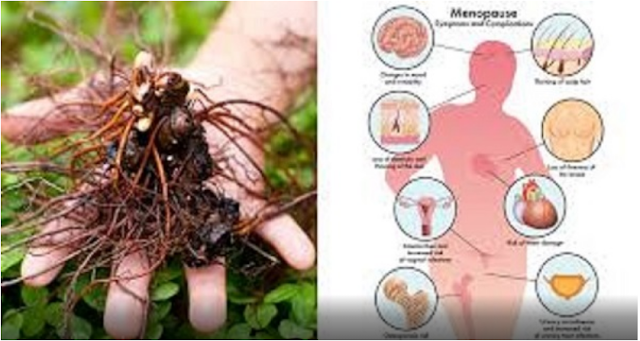 At first, some researchers and practitioners believed that black cohosh contained chemical compounds that could mimic estrogen in the body. However, some recent studies disapproved this theory. The Journal of Agriculture and Food Chemistry published a research which had a theory that there is another reason for the herb’s efficacy. Black cohosh targets the serotonin receptors in the hypothalamus—the part of your brain that produces hormones to regulate body temperature—to offer relief from hot flashes. Moreover, serotonin affects your mood and that’s the reason why this amazing herb helps to abate mood swings.
Yet another explanation given by Marcus Laux, ND, author of Natural Woman, Natural Menopause (Harper, 1998), is that this herb actually affects the brain’s pituitary gland, lowering levels of hormones that are linked to menopause symptoms. “If the hormones are imbalanced, the pituitary gland will send out signals to create more hormones.” Black cohosh, he says, may “dampen down” the pituitary’s frantic hormone-boosting attempts.
It should be mentioned that not all black cohosh is created equally. It was reported in 2006 that Asian varieties of black cohosh were found to have no effect on symptoms. On the other hand, as reported by a study in Obstetrics and Gynecology,  Remifemin (a proprietary version of black cohosh) was found to produce significant relief.
As we mentioned in the beginning of the article, there is another herb that provides relief to menopausal symptoms and it is known as rhubarb.
According to David Riley, MD, Natural Solutions’ medical editor, this herb has estogenic effects in the body. The extract of this herb significantly reduced the occurrence of hot flashes in perimenopausal women. Siberian rhubarb root extract is marketed as Estrovera and available only through authorized healthcare practitioners.
What to do: If you take black cohosh, Sellman recommends 80 to 160 mg daily. For Remifemin, Laux suggests taking 20 mg twice a day. For rhubarb, Riley suggests taking one tablet (4 mg) daily, which can be increased to two tablets after three to six weeks. The key with any supplementation is patience, says Catherine Austin, LAc, a faculty member at the Pacific College of Oriental Medicine in San Diego. It can take six to 10 weeks for daily herb supplements, coupled with weekly acupuncture treatments, to have an effect, she says. The earlier you start an herb regimen—she recommends visiting your acupuncturist or herbalist as soon as your periods become irregular—the easier it is to treat symptoms.
Understand bioidenticals
Instead of using synthetic hormone-replacement therapies, women should use bioidentical hormones, which are made from plants that mimic human estrogen and progesterone (and are available as gels, patches, creams, or pills. Yet Laux, who patented bioidentical hormones in 2002, says the mind-set today is “shifting toward the next medical revolution—that hormone intervention is unnecessary.”
He says that in most of the cases women don’t even need bioidentical hormone replenishment. The reason is because taking hormones doesn’t heal at the root level or rejuvenate your body. “If underlying problems like adrenal fatigue are addressed, you may not have to take bioidentical hormones for long, if at all,” she says.
According to Yurht, taking soy supplement is also a good solution because it will boost estrogen. The same ingredient is used in bioidentical hormones, but because supplements aren’t as concentrated as prescription hormones, you’ll have to load up.
What to do: according to Lark, if you opt for hormone therapy, you should stick with topical biodentical hormone gels. Your doctor can prescribe them for you. Gels usually have lower dosages of hormones than pills because they allow hormones to be directly absorbed into the bloodstream rather than through the digestive tract.

FIND RELIEF WITH THESE REMEDIES