Because blood carries oxygen and nutrients to all other parts of the body, a malfunction in the circulatory system can cause a person’s health to decline in a variety of ways. 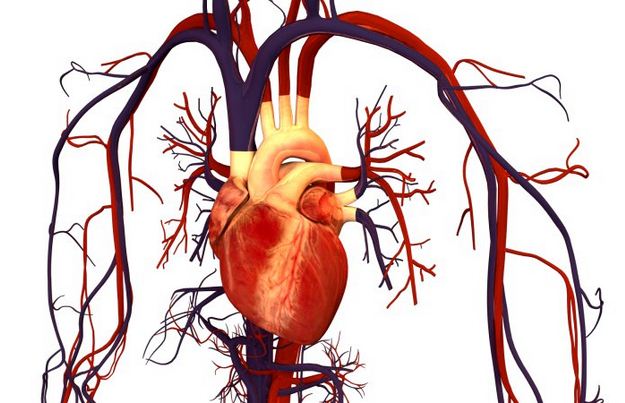 Take a look at the following fifteen warning signs which are common symptoms of poor blood circulation. If the majority of them seem to apply to you then you know it’s time to take action and go and see your doctor!
1. Numbness in Your Limbs
You’ve almost certainly felt this sensation before – when some part of your body “falls asleep” due to blood flow being cut off. However, if these episodes of numbness happen to you frequently, it may be indicative of a more serious circulation problem.
2. Decreased Cognitive Ability
Just like any other part of your body, your brain needs a healthy supply of blood in order to function properly. When blood circulation becomes sluggish, your mental abilities slow down along with it. If you have difficulty thinking clearly or if you’ve noticed that your memory isn’t as good as it used to be, this may be a sign that you have poor circulation.
3. Loss of Appetite
Another less obvious symptom of a malfunctioning circulatory system is loss of appetite. Your gastrointestinal tract needs blood in order to digest food and transport nutrients from the intestines to the rest of your body. When blood flow slows down, your digestion can easily become impaired. You’ll feel less hungry, but not eating enough means that your metabolism will suffer as well.
4. Unexplained Digestive Problems
Poor circulation in the digestive tract doesn’t just cause loss of appetite. It can hamper your body’s ability to obtain nutrients from food as well. Without adequate blood supply, a lot of the foods that you eat will pass through your system without being digested entirely, leading to nausea, loose bowel movements, or other digestive issues which may be easily misdiagnosed and thus go untreated.
5. Frequent Exhaustion
When your circulatory system slows down, it no longer has the capacity to deliver oxygen, vitamins, and minerals throughout the body as it should. As previously mentioned, this can slow down your metabolism. Without the proper supply of nutrient-filled blood, your whole body will drop into conservation mode – a built-in defense mechanism whereby it saves as much energy as possible until it perceives that the hard time has passed. The result of this conservation of energy is that you’ll feel exhausted on a daily basis, making it very difficult to perform simple day-to-day tasks.
6. Weakened Immune System
The circulatory system is directly responsible for maintaining a healthy immune system. When you have poor circulation, the vitamins and minerals your body needs to fight off infection may not be delivered as quickly or in great enough quantities as they would be via a healthy circulatory system. Additionally, due to the digestive malfunctions which often accompany poor circulation, certain minerals and amino acids which our bodies require in order to synthesize immune-boosting enzymes may be in short supply.
7. Tightening of the Chest
When you have poor circulation, your heart doesn’t get as much blood flow as it normally should. This can cause you to feel tightening or increased pressure in your chest – a symptom known as angina. While the pressure and pain may randomly come and go, this is a sure sign that you circulatory system isn’t functioning as it should.
8. Slackened Libido
Poor circulation can easily lead to problems with the reproductive system, too. In both men and women, reproductive organs need a lot of blood to work properly and when they don’t get it, like everything else they start to shut down. In women, circulatory malfunction may manifest as irregular monthly cycles or fertility problems while men might notice that their bodies suddenly aren’t cooperating in the bedroom. Furthermore, both sexes are likely to experience slackened or complete loss of libido as a result of poor circulation.
9. Cold Extremities
If you have poor circulation, blood has a harder time traveling to the furthest reaches of your body such as your fingers and toes. Because blood also carries heat from your core to your extremities, slow or inadequate blood flow will cause these parts of your body feel much colder than the rest of you.
10. Skin Discoloration
When your hands and feet don’t get adequate amounts of oxygenated blood, you may also notice discoloration of the skin covering these parts of your body. If you see that your extremities have taken on a blue- or purple-ish tone, you can be fairly certain that your circulatory system isn’t functioning as it should.
11. Dark Circles Under the Eyes
While are several other possible causes for the areas under the eyes to become dark and puffy, poor circulation is one of the most common.  To find out if your dark circles are an issue of slow blood flow, try pushing gently against the skin there.  If the area looks lighter when you take your finger away then slowly darkens again after a second or two, the cause is most likely related to circulation.
12. Brittle Hair and Nails

Also due to lack of nutrient-filled blood in your body’s extremities, new growth of hair and nails may become weak and brittle. If you start to notice that your nails chip much more easily or if your hair breaks and falls out more frequently than it used to, poor circulation may be to blame.