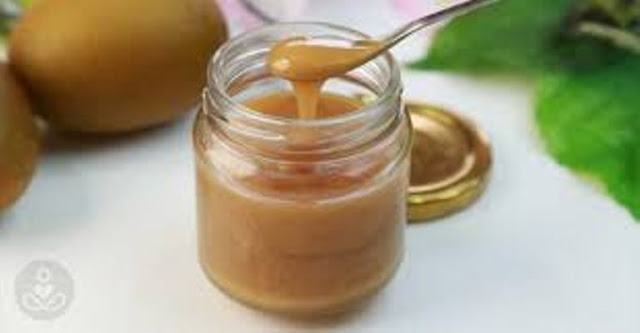 The superbugs include MRSA (methicillin-resistant Staphylococcus aureus), Clostridium difficile, drug resistant Neisseria gonorrhoeae and Streptococcus pneumonia, fluconazole-resistant Candida, and much more.1 To make things even worse, globally we are seeing multi-drug resistant Tuberculosis and complications fighting off HIV and malaria, because of antibiotic resistance.2
So, what do we do? Is the answer to take stronger antibiotics or more doses? Should we take 3 different antibiotics at once? Probably not. Instead, we all need to take responsibility, so we don’t continue to create antibiotic resistance. Otherwise, when you need an antibiotic, like a life or death matter, you are going to be bummed if that antibiotic doesn’t work!
Since antibiotics are completely overprescribed, especially for many benign conditions such as viral infections like cold, flu, earaches, chest congestion and more, why not do your part and use nature’s best natural “antibiotics”?

Honey is pretty amazing stuff! I recommend local raw honey. When honey is raw, it is packed full of amino acids, B-vitamins, minerals, enzymes, antioxidants, and antimicrobial compounds. Raw honey also contains bee pollen and propolis, which contribute to its highly immune boosting, healing, and antibiotic properties.
Raw honey has a pretty impressive line-up of uses. It has been shown to be as effective as over the counter cough medications in reducing coughs in children, including nighttime coughing which improved sleep.4,5 It speeds healing in diabetic foot ulcers faster than standard saline dressings.
It is used as a prophylactic for patients undergoing cataract surgery was more effective at reducing postoperative complications than routine fluoroquinolones, which are becoming less effective due to antibiotic resistance.7 As a pain reliever, honey outperformed acetaminophen after tonsils removal, and led to a return to regular diet and better sleep significantly quicker.8
Raw honey is also effective against MRSA (methicillin-resistant Staphylococcus aureus) by way of naturally occurring hydrogen peroxide found in it. Evidence suggests that Manuka honey from New Zealand has the highest content of methylglyoxal, an active compound in honey that exerts a strong antimicrobial effect against MRSA.
While this compound is highest in Manuka honey, plenty of research shows that honey, in general, exerts strong antimicrobial effects as referenced above. Honey is pretty awesome and if you are specifically looking for help in healing MRSA, go for Manuka.9
Honey should not be given to children under 2 due to the potential of botulism.

The oil of this common culinary spice may just be the thing you need during cold and flu season. It has been shown to be antibacterial, antiviral and antifungal, as well as an antioxidant.10 Due to its activity against norovirus, the “winter stomach bug,” oil of oregano may be a useful sanitizer around the house, at school, daycare, and work.11 Oil of oregano has also been shown to get rid of numerous parasites in the human digestive tract when 600mg was ingested for 6 weeks.12
For cold and flu season, you may consider taking 1, 500mg capsule daily for prevention and for acute conditions take 3, 500mg capsules daily in divided doses. You may also consider 1-2 drops of oregano oil diluted in a teaspoon of carrier oil (olive, coconut, almond) applied topically to fungal issues such as athlete’s foot or ringworm. A few drops added to steam can help reduce sinus congestion and infection.
If you are allergic to plants in the Lamiaceae family, you may react to Oregano.

Coconut oil has gained so much interest lately, and when it comes to acting as a natural antibiotic, it is just one more reason to love this oil. On top of all the healthy fats (medium chain triglycerides) in the oil, it is also antimicrobial against bacteria, virus, and fungus. These effects are primarily due to several fatty acids including lauric acid, capric acid, and caprylic acid.13
Coconut oil is great for treating all sorts of skin infections. Coconut oil is effective against atopic dermatitis (eczema), a condition that often leads to the overuse of topical antibiotic creams to prevent infections. Since Staphylococcus aureus is one of the most common bacteria living on the skin, reducing drug resistance to this is key by reducing our use of antibiotics! Reducing eczema would reduce the use of these antibiotics, not to mention the relief felt from the reduction of eczema itself.14

Garlic is a full spectrum antimicrobial with numerous benefits as a natural antibiotic. Topically garlic oil can be used against fungal infections. A 90-day study of Aged Garlic Extract (AGE) showed that while cold and flu occurrence did not differ between placebo and AGE, the number of symptoms experienced, as well as the number of days participants felt suboptimal was significantly reduced in the treatment group. It also reduced the number of missed work or school days.15
It is best to cut garlic about 10-15 minutes before you want to use it and allow it to sit. It is believed that oxygen in the air will begin the activation process of allicin, one of the active constituents. Then add the garlic in the last 5 minutes of cooking to preserve the active constituents, which are sensitive to heat.
Check out this Garlic and Honey recipe!

This is an excellent herb to have on hand for the beginning stages of cold and flu. Traditionally used to neutralize venom from snakebites, Echinacea is antibacterial, antiviral and antiseptic. Polysaccharides in Echinacea appear to activate the nonspecific immune response, which provides an immune “boost” and an anti-inflammatory effect on the body.
It is not recommended to take Echinacea for prevention of cold and flu. It is best used for treating symptoms associated with an upper respiratory infection once you have one.16,17
If you are allergic to plants in the Asteraceae family, you may react to Echinacea. It is also generally contraindicated in those with Autoimmune conditions and HIV.
So, there you have it! Five highly effective natural antibiotics that are much more than just antibacterial and won’t cause even more antibiotic resistance.