Elderberry – The Most Anti Viral Fruit Known to Man

If you want to protect yourself against influenza this winter, elderberry extract is what you really need. Every winter seasonal flu strikes down many of us, and not to mention other deadly strains of influenza that in more recent times have become worrying pandemics. 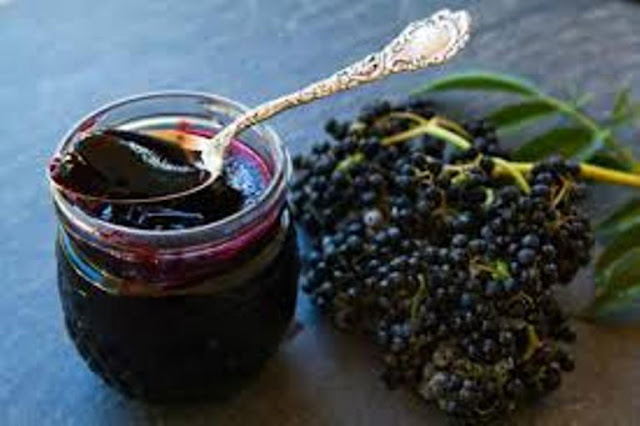 Elberberry extract is an important weapon to help fight these viruses. Black elderberry has actually been conclusively proven to be effective, and unlike the flu shot
According to PubMed:
”Sambucus nigra L. products – Sambucol – are based on a standardized black elderberry extract. They are natural remedies with antiviral properties, especially against different strains of influenza virus. Sambucol was shown to be effective in vitro against 10 strains of influenza virus. In a double-blind, placebo-controlled, randomized study, Sambucol reduced the duration of flu symptoms to 3-4 days.”
The Journal of International Medical Research concurs that elderberry extract is a proven treatment, referencing a different study:
“Elderberry has been used in folk medicine for centuries to treat influenza, colds and sinusitis, and has been reported to have antiviral activity against influenza and herpes simplex. We investigated the efficacy and safety of oral elderberry syrup for treating influenza A and B infections. Sixty patients (aged 18 – 54 years) suffering from influenza-like symptoms for 48 h or less were enrolled in this randomized, double-blind, placebo-controlled study during the influenza season of 1999 – 2000 in Norway. Patients received 15 ml of elderberry or placebo syrup four times a day for 5 days, and recorded their symptoms using a visual analogue scale. Symptoms were relieved on average 4 days earlier and use of rescue medication was significantly less in those receiving elderberry extract compared with placebo. Elderberry extract seems to offer an efficient, safe and cost-effective treatment for influenza”

The medicinal use of the elderberry is nothing new. Mentioned in ancient medicinal texts, the humble black elderberry has been used as a multi-purpose treatment for centuries. In 400 BC, Hippocrates referred to the elderberry bush as his “medicine chest” because of its varied uses, and it was mentioned several times in the writings of Pliny the Elder when he recorded the practices of the ancient Romans.

Scientists have isolated the active compound in the elderberry.  It is called Antivirin and is found in proteins of the black elderberry.  The compound prevents the flu virus from invading the membranes of  healthy cells.
”The main flavonoids present in elderberries are the anthocyanins cyanidin 3-glucoside and cyanidin 3-sambubioside,  and are detectable in plasma after oral intake of elderberry extract. A possible mechanism of action of elderberry extract in the treatment of influenza is that the flavonoids stimulate the immune system by enhancing production of cytokines by monocytes.  In addition, elderberry has been shown to inhibit the  haemagglutination of the influenza virus and thus prevent the adhesion of the virus to the cell receptors.  Anthocyanins also have an antiinflammatory effect comparable to that of acetylsalicylic acid;  this could explain the pronounced effect on aches, pain and fever seen in the group treated with elderberry syrup.”