Scientists Discover Herb That Fights Dementia And Increases Memory By 75%

Rosemary is great for garnishing dishes, spicing up meals and making your home smell great - but there's another benefit and it's big news for those suffering from dementia and Alzheimer's disease!
Scientists recently discovered that the popular herb does wonders for memory loss and the onset of mental slowing associated with the diseases. 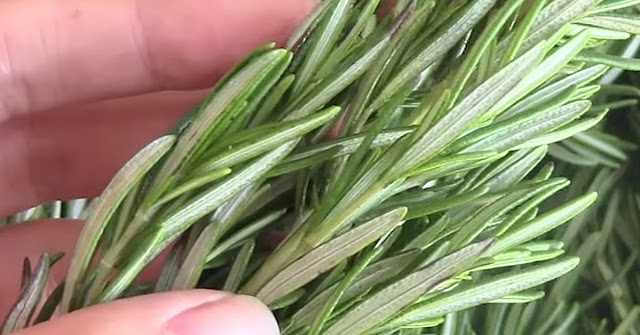 Mark Moss and his scientific team researched the effects the scent emitted from rosemary essential oils had on the brain. What the team found was simply astounding!

There was a distinct positive correlation between the rosemary scent and improved cognitive function - specifically, memory retention! With just a whiff of rosemary, the test subjects were able to improve their scores on a variety of assigned recall and visualization tasks.
In fact, another study was conducted to prove whether or not Alzheimer's and dementia patients could benefit from rosemary aromatherapy. Unsurprisingly, they also discovered that the scent had a positive correlation with improved cognitive in these patients.
The study's result stated this exciting news!

"All patients showed significant improvement in.... cognitive function on both [tests] after therapy. In particular, patients with Alzheimer's showed significant improvement in total scores."
All of this research and the subsequent results mean that there is real hope for a natural dementia and Alzheimer's treatment. So, the next time you're feeling a bit "spacey," take a big, deep breath of rosemary - your brain will thank you for it!
Years ago Shakespeare wrote in Hamlet, "There's rosemary, that's for remembrance: pray, love, remember." Perhaps he knew of some of rosemary's magical benefits even then.
Watch the video below to learn even more of the amazing benefits of rosemary!