Nosebleeds can be frightening, but they aren’t usually a sign of anything serious and can often be treated at home. 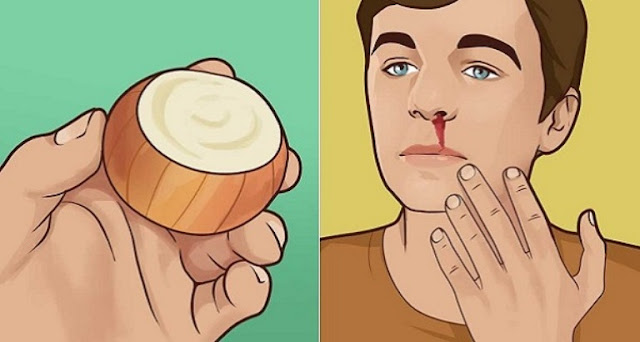 Bleeding usually occurs from only one nostril. If the bleeding is heavy enough, the blood can fill up the nostril on the affected side and overflow within the nasopharynx, spilling into the other nostril to cause bleeding from both sides.

According to Top 10 Home Remedies, this is the easiest way to stop a nosebleed. Pinching the nose sends pressure to the bleeding point in the nasal septum, which helps stop the flow of blood immediately.
Method 1:
Take one onion and cut it in thick slices. After that, press one slice under your nose and inhale. As a result of its properties, the bleeding will stop after several minutes.