Diabetes is a serious condition where the body doesn’t produce enough insulin to counteract the amount of glucose in the blood. It is one of the most common illnesses with about 380 million people having the disease in a recent tally.
Most people manage their illness themselves with very little help from their healthcare provider using blood sugar testing kits and injections of insulin. If the diabetic doesn’t maintain those insulin levels they can go into a diabetic coma and die. 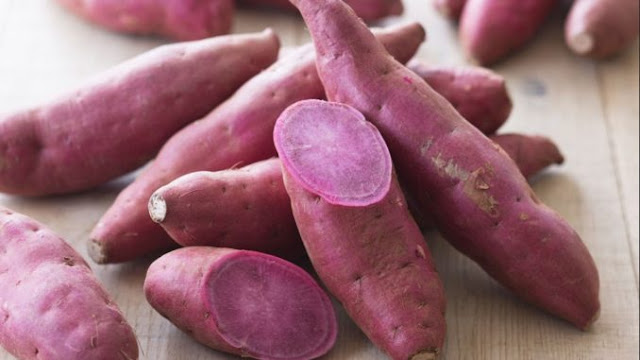 So, what do sweet potatoes have to do with diabetes? You might be surprised how much of a difference they can make in treating diabetes and for overall health.
Profile of a Sweet Potato
The sweet potato is one of the healthiest foods out there. It contains vitamins B6, A & C as well as containing antioxidant.
Sweet potatoes also give you part of your recommended daily dose of fiber and most importantly of all for diabetics, they are a food that is low on the glycemic index, which measures whether or not a food releases carbohydrates all at once to make blood sugar levels rise, or whether the food releases it slowly so it doesn’t cause shock to the system.
There is even a certain type of sweet potato called the Beauregard sweet potato that has the same protein makeup as a diabetes treatment called Calapo, which isn’t surprising since Calapo is made from the peel of white sweet potatoes. The skin contains quite a bit more protein than the potato itself and has shown to be effective in helping to manage diabetes.
Some researchers even believe that in the future, sweet potatoes may be recommended by doctors to diabetics to help control their glucose levels, because it will be much cheaper than the blood sugar testing and insulin injections, allowing for fewer side effects. The problem is that the low-GI benefit that the sweet potatoes offer may not survive the baking process, so more research is being done.
Yams & Sweet Potatoes
One of the things that people get confused about is whether or not yams are sweet potatoes. In the United States, the orange veggies that you serve on Thanksgiving are actually sweet potatoes. However, you don’t want to eat them the way that many serve them on holidays as a candied sweet potato because that will just cause your blood glucose to spike and take away the benefit of the sweet potato in the first place.
Sweet potatoes are an amazingly healthy food. They are low-calorie, high-fiber and can be eaten by those who usually avoid potatoes like people sensitive to carbs and diabetes. They also have vitamins and minerals that you need and should become one of your new favorite foods all year long, and if you happen to have diabetes or are sensitive to glucose levels, a sweet potato could be the way to get that potato fix without raising your glucose too much.
How to Use Sweet Potatoes to Treat Diabetes
Regardless of the way they are consumed, sweet potatoes are not recommended for consumption, because it takes short for the body to digest them,which raises the glycemic index and eventually increases blood sugar level.
Same as fiber, fat slows down digestion, and maintains low glycemic index. As you can see, sautéing is the best way to cook sweet potatoes. Use high-quality oil and keep their skin on. This cooking method is also great for diabetics.
Sources:
http://www.diabetesresearch.org/what-is-diabetes
http://www.livestrong.com/article/446207-are-sweet-potatoes-good-for-diabetics/
SHARE SHARE SHARE