5 foods that may increase your cancer risk

If you feel like the odds of getting cancer are higher than those of avoiding it, you’re not alone. Headlines thrive on words and phrases like “carcinogenic,” “cancer-causing,” and “prevents cancer,” and it’s because the affliction is (and has been) taking our country by storm. In America, it’s expected that roughly 1,685,210 new cancer cases will be diagnosed in 2016 alone.
Coffee can prevent cancer, cheese may prevent cancer, and we have lists filled with foods that can lower your risk of getting cancer. What we’re lacking, however, is a broader guide on foods that can contribute to the acquisition of this too-often-deadly disease. 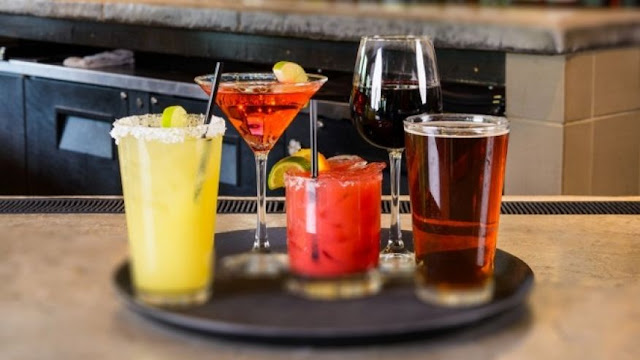 Thus, we’ve gone ahead and pieced together all of the eye-catching cancer-related headlines that we’ve published over the past few months in order to provide you with a comprehensive list of the foods to avoid if you want to lower your risk of getting cancer. Will there ever be a flawless,completely comprehensive list of things to avoid if you don’t want cancer? Probably not, because the disease is rather complicated and varies so much from case to case, but we know your body will benefit by approaching the following foods with informed, education caution.
1. Beer, Wine, Liquor, and Every Other Type of Alcohol
In addition to esophageal, head, neck, liver, and colorectal cancer, drinking excess quantities of alcohol can increase your chance of getting breast cancer. During bottling and fermentation, there’s a likelihood that carcinogenic ingredients can be introduced to your alcoholic beverage of choice. Additionally, the way in which we break down alcohol produces acetaldehyde, a chemical that can damage DNA and proteins. Further, while excess drinking is clearly bad, a recent study in the British Medical Journal showed that even light drinking could pose a significant cancer risk, especially of breast cancer.
2. Canned Foods
There’s no denying that fresh foods (specifically, the ones we typically put in cans) can be incredibly tasty and healthy. With headlines like “Testing Shows BPA, Linked to Cancers and Neurological Damage, in Nearly 70 Percent of Canned Food Packaging in the US,” though, you may want to consider dishing out a few extra dollars for those fresh, organic foods instead of their canned counterparts.
3. Farmed Fish
If you ever needed a reason to choose wild-caught fish instead of farm-raised ones, consider what we learned when we asked doctors to discuss a wide array of health complications that can stem from consuming farmed fish. Beyond the many metals, antibiotics, pesticides, pollutants, and other chemicals farmed fish may be exposed to, the filets themselves are often bland and undesirable. Not all farmed fish is risky, by any means, but when you factor in the fact that seven out of 10 farmed salmon purchased at grocery stores in Washington, DC, San Francisco, and Portland, Oregon, contained polychlorinated biphenyls (PCBs), it’s easy to see why you might want to think twice about where your seafood is coming from.
4. Hydrogenated Oils
Trans fats, such as partially hydrogenated oils, have no nutritional value. While saturated fats (most commonly found in animal fat and cheese) and trans fats both increase levels of LDL (“bad” cholesterol), trans fats actually decrease the level of HDL (“good” cholesterol) in the bloodstream at the same time, increasing the risk of heart disease and multiple other health complications. Why? Hydrogenated oils have a very similar consistency to plastic and, like plastic, they can line cell walls, preventing nutrients from being absorbed and keeping undesirable pathogens, waste materials, and harmful microbes from leaving. The result? Mutated cells that can lead to dangerous tumors and cancer.
5. Microwave Popcorn
Next time you plan to have a movie night in, skip the microwavable kind and make your own popcorn on the stove using heart-healthy olive oil, popcorn kernels, a little salt, and pepper. Microwavable popcorn bags are lined with perfluorooctanoic acid, a chemical that is linked to female infertility and known to increase the risk of kidney, liver, pancreatic, bladder, and testicular cancers.
(source)
SHARE SHARE SHARE