Which Plants And Spices Can Replace Salt

When used in big quantities, salt is one of the worst food supplements, mainly because it`s big use in fast food industry. Sodium is the main component of salt, but also there are many other herbs that can be a great alternative to the desired salty taste of dishes. 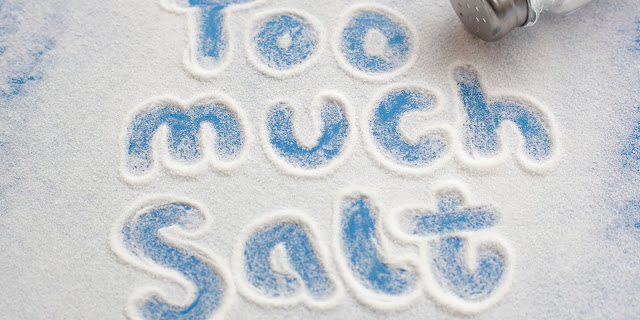 When used in big quantities, salt is one of the worst food supplements, mainly because it`s big use in fast food industry. Sodium is the main component of salt, but also there are many other herbs that can be a great alternative to the desired salty taste of dishes.

To be able to regulate the intake of salt, it is recommended to stop or at least reduce consuming fast food. Second alternative is to use the following herbs, that are also very rich in sodium.

Cinnamon is one of the oldest spices in our kitchens, which although is mainly used for the sweet foods, there are many more applications. It is an excellent alternative to salt, mainly for regulating blood sugar levels, and the ability to lower the cholesterol. Although because it`s intense smell we could not image to put in main dishes, the cinnamon fits surprisingly well in spicy dishes. For example, a little cinnamon used in Mexican dishes with beans, will give a special flavor to the food. Also mixed together with curry, will enrich every dish made with chicken.
Cardamom

Cardamom is a spice that is starting to be used more often in the kitchen. It is considered to be a member of the ginger family. Its taste is delicate and aromatic, but the first contact with the mouth will give its salty taste. For more intense flavor in dishes, the cardamom seeds need to be fried for a few minutes.

The hot taste of the chili peppers is the first thing that will be felt when eaten. Thanks to the healing properties, it deserves to become a favorite ingredient of all dishes consumed with a spoon, in which the best balance of flavors can be achieved. It`s intense taste, will make you to completely ignore the need for salt.

Only 50 grams from these seeds meets the daily needs for vitamins E and B1, and with only 100 grams you will satisfy the daily needs of the body of manganese, copper, magnesium, sodium, phosphorus and vitamin B6. The sodium that can be found in these seeds, will give the food the salty and bitter taste, so in the dishes instead of salt you could add grind sunflower seeds. It is best to add the seeds to already cooked food.

Garlic is an excellent substitute for salt, particularly when dried and in powder. Many use the garlic with fish and pasta to enhance their flavor. Its many medicinal properties are the main reason for the greater use in the kitchen, and if you replace the salt with garlic, you will notice an effect equivalent to the salty effect of the salt itself.

Basil
The green leaves of basil are rich in essential oils, where besides other components it contain sodium. That is why basil is an excellent substitute for salt. To preserve the oils in the leaves, basil should be added at the very end when preparing the food. Except in cooked dishes, basil works well mixed with vegetables, pasta and salads, where his salty taste will be particularly noticed.

Lemon juice
Grain salad without salt may sound unthinkable, but if enrich with plenty of lemon juice, you will not have any need of the salt. Moreover, lemon is known as a natural preservative, which makes it even better substitute for salt.