Probably the most popular toothpaste in the world is Colgate, and you are most likely one of the numerous people that regularly use it. 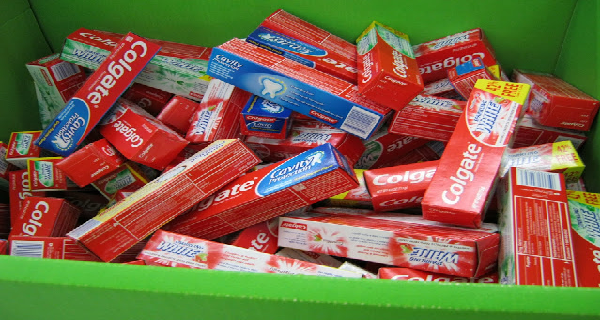 Still, in a recent study it was revealed that there is a dangerous substance in the Colgate toothpaste called Triclosa, which can trigger cancer development and appearance of other ailments.
A study that was recently published in the Chemical Research in Toxicology journal discovered that this chemical encourages growth of the cancer cells. Over the previous few years, there were many studies conducted, and all of them outlined the health dangers linked to this chemical.
Triclosan has the ability to penetrate through the skin and interfere with the function of the hormones and disrupt the endocrine. This is not all, because as the study published in the journal Environmental Health Perspectives in 2008 indicated, scientists detected triclosan in the urine of about 75 percent of the tested people (2,517 of them, aged 6 and more).
Numerous laundry detergents, hand sanitizers, deodorants and antiseptics contain this substance.
According to a study published in the Chemical Research in Toxicology magazine, this chemical can cause cancer if used in high quantities.
This is a pretty dangerous substance that can penetrate through the skin and get into the blood, triggering hormonal imbalance.
Nevertheless, even though there are many proofs and studies that confirm this, Colgate still sells their product, claiming that it is completely safe to use. The only country in the world to have forbidden Triclosan so far is Canada.
The government in our country though remains silent about the side effects of this dangerous ingredient and will probably ban it only after some serious problems happen, as the case with asbestos, DT and PCB was.
To sum up, we are left to decide and take care of our health by ourselves, and we can put restrictions to some harmful influences that can damage our health.