The
Science Earth
Home » Health , Nature » 6 Plants for Your Bedroom to Help You Sleep Better

6 Plants for Your Bedroom to Help You Sleep Better

According to the Center for Disease Control and Prevention, insufficient sleep is a public health problem and people have spent thousands of dollars and hours trying to find a solution to their problem. 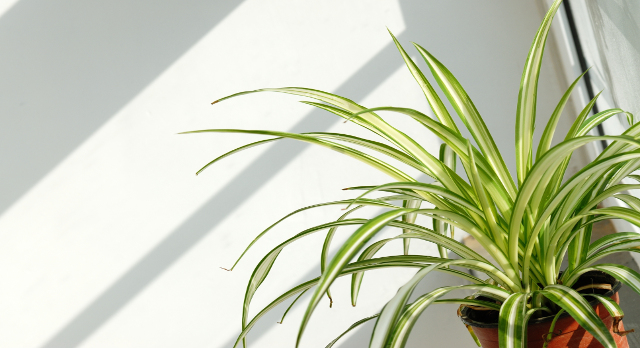 The quality of the air can affect your quality of sleep as well as your overall health and wellness.
Mold and other airborne contaminants can be a major underlying factor in illness and disease.
Research now shows that houseplants play an important role in cleaning the air we breath, both indoors and out.
Back in 1989, NASA researchers published a Clean Air study based on the work they’d done trying to figure out the best way to purify air in space stations.
The results show that plants can play a major role in removal of organic chemicals from indoor air.
They suggest efficient air cleaning is accomplished with at least one plant per 100 square feet of home or office space.
If you bring certain plants into your house, you can significantly improve your sleep and feel a great number of health benefits, including:
Helping to maintain humidity levels: Dry indoor air is blamed for a host of respiratory problems, particularly in the winter, and plants emit water vapor during transpiration.
Producing negative ions: Plant leaves produce negative ions. The presence of negative ions is credited for increasing psychological health, productivity, and overall well-being (1).

6 Plants for Your Bedroom to Help You Sleep Better

This is the number one best air-purifying plant. This plant is and easy to grow. Research has shown that this beneficial plant helps to reduce airborne mold by up to 94%.
It is especially useful in the case of asthma or breathing problems at night.

Snake plant is very popular indoor plants. It emits oxygen at night time whilst simultaneously taking in carbon dioxide.
According to some studies, the snake plant may help to avoid eye irritation, respiratory symptoms andheadaches.

NASA tests showed it to remove around 90% of the potentially cancer-causing chemical formaldehyde from the air.
Since formaldehyde is found in common household products like adhesives, grout and fillers, it’s a good idea to keep one of these plants around (2).

It’s the plant of immortality. NASA revealed that this plant can be used in your bedroom because it emits oxygen at night. It improves the quality of your sleep and helps with insomnia.

This plant emits high oxygen content, and purifies indoor air by removing chemicals, such as formaldahyde, benzene or other toxins.

It is fantastic at removing benzene, a known cancer-causing chemical. It also absorbs carbon dioxide and gives off oxygen overnight, which is said to improve your sleep.
(source)
SHARE SHARE SHARE