There is evidence that there may be a possible link between breast cancer and thyroid irregularities. It has been found that breast cancer patients have levels that are unusually high of a particular thyroid hormone, thyroid peroxidase, and thyroglobulin antibodies. 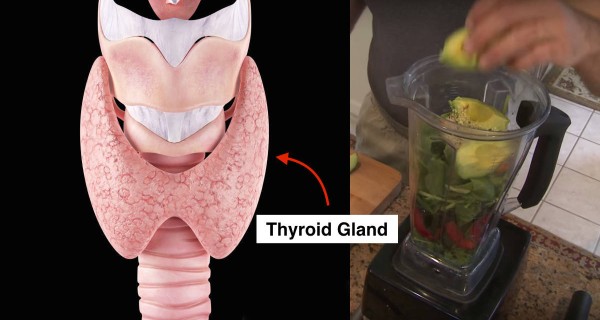 About 14 percent of women in the United States have breast cancer, about 10-40 percent of adults in the United States have a thyroid disorder of some kind. This could show that there is a link in gland-related illnesses including certain types of cancers. Scientists and physicians now believe that the common link may be contributed to by an iodine deficiency.
Details Explanation
To truly understand the link, one has to understand how iodine works in the body. It enters the body by whatever we consume and is in the form of iodide or iodate. Iodate converts to iodide in the stomach. Thyroid glands trap the iodide and concentrates it. It is then used for the making and storage of hormones. About 75 percent of iodide consumed by the body each day goes into the thyroid by active transport. The majority of it is used in synthesis of hormones and the rest is released into cellular fluid. The largest amount of iodide in the body is found in the thyroid at about 8-10 mg and it is associated with thyroglobulin. Basically, iodine is key to hormone production and used by the thyroid.
In animal research, there have been links between certain types of cancer and prolonged deficiencies of iodine in the body. Iodine can make thyroid conditions worse.
Iodine Deficiency: A Global Problem
The majority of iodine (90%) we intake daily is from food while the rest is from water. Some things that are high in iodine include seaweed, sea fish, spongy shells, and leafy green vegetables such as spinach. It is essential that pregnant mothers and infants are particularly careful to prevent deficiencies of iodine and it is very serious for youth and fetuses.
A recommended solution would be to offer more public health programs to target young children and adults to be screened for iodine deficiencies. Accurate lab testing could help with these problems. It can be screen for easily by testing urine for iodine content levels.
To consume more iodine, look for recipes such as this smoothie which contains ingredients rich in iodine and other micronutrients.
Kelp, hemp seed, sunflower seeds, and almonds will help infuse essential fatty acids. Use strawberries for flavor, keeping the top on for additional added nutrients including chlorophyll. Avocado can e used to make the smoothie creamier. Cilantro, spinach and fresh carrot juice are the base. Almond, rice, and coconut milk or water can also be used as the base in place of carrot juice. When blended together, these are a great combo for an iodine-rich smoothie.
Source: Daily Health Post
SHARE SHARE SHARE